Skip to content
Home/Uncategorized/Housing Marketing Recession Or Correction?
Previous Next

If you follow the national or even the Tacoma housing marketing you know that things have gotten a bit interesting, especially when you consider the demand and rise in home prices in recent years. Some areas have seen increases of over 20% per year, a record for some cities and states. While prices remain strong, some are wondering if there will be a correction or even a recession in the coming months or years.

Why Some Expect A Correction

One of the main reasons that people are expecting a real estate market correction, rather than a recession is because there is a much higher number of equity per household than ever before. In fact The United states is seeing record numbers of equity in median family homes. This means that despite the increased cost of living, people are able to afford the homes they are currently living in and while they may have to tighten the belt on the cost of living, they will have an affordable living option for years to come. Without a major surge in foreclosures, it is not expected for the real estate market to have a significant drop, especially if inventory remains so low

Why Some Expect A Recession

However, there are those who feel that a recession is more in line, especially when you consider the last couple of years. Between the coronavirus pandemic, record inflation, record low inventory and several other factors, the real estate market throughout the country has gained serious momentum, almost to the point where it is grown too fast. While many agree that there is more equity in these homes, meaning there is less likely going to be a major collapse in the market, they also feel that the last two years has created a bubble that the market will not be able to continue to sustain.

An interesting concept that both strategies focus on is that whether we have a correction or a recession, everyone seems to agree that it will not take that long a period of time. Most feel that any type of change in the market would only last 12 to 24 months and not have a significant impact on local or national economies, especially to the extent that we saw in 2008.

Ideally, if there was an adjustment in the market, it would only cool prices off for a little bit, allowing rent options to become more affordable and local communities a chance to settle and regroup. It’s important to remember that these communities have to adjust to the new cost of living, especially when it comes to wages given to teachers, police officers, fireman, government workers and so forth.

Tacoma is no different from the majority of the country. Housing prices have remained strong and are expected to do so. However, it is unrealistic to think that prices will continue to go up without ever having an opportunity to reset. Rising interest rates, along with the rising cost of living will eventually become too much to bear for most middle-class individuals and families which is why a market reset is not only somewhat predictable, but necessary.

About the Author: Krista 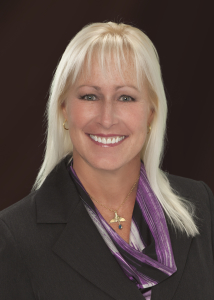